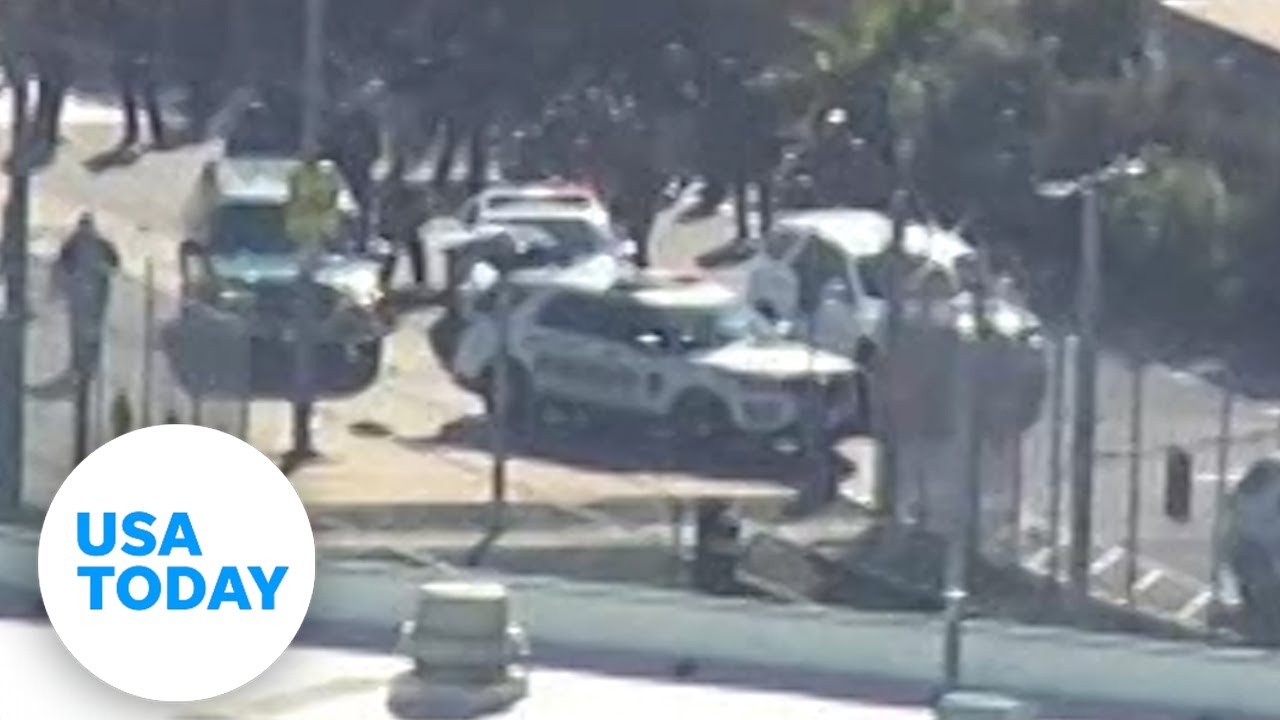 SAN JOSE, Calif. – A gunman opened fire at a light rail yard Wednesday, killing at least eight people in the latest shooting rampage to rock the nation in recent weeks.

Davis did not specify how many employees were wounded, saying, “Numbers can change.” He did not say how long the gunman had worked at the hub or what kind of weapon he used.

“This is still a fluid and ongoing incident,” Davis said at a news conferencelate Wednesday morning. “We’re trying to figure out what exactly happened.”

Santa Clara County Sheriff Laurie Smith said bomb dogs alerted officers to the presence of explosives on the scene. A bomb squad cordoned off the area, she said.

“There are many, many components that we’re continuing to discover,” Smith said.

Craig Fair, the FBI special agent in charge, said the crime scene was “fairly sizable” and is “going to take a while to process.”

The suspect was identified as Samuel Cassidy, two law enforcement officials told The Associated Press. Public records suggest Cassidy, 57, had been licensed with the Bureau of Automotive Repair as a smog check repair technician since 2003. He previously worked for a car dealership in the city.

Around the time of the shooting, the San Jose Fire Department responded to a large structure fire at an address listed to Cassidy. Mayor Sam Liccardo told ABC-7 it appeared that the gunman set the fire on his way to the work site. The department could not immediately confirm any relationship between the incidents.

“This is a horrific day for our city and tragic day for the VTA family,” Liccardo said. “Our heart pains for the families and the co-workers.”

“These folks were heroes during COVID 19. The buses never stopped running. The VTA didn’t stop running. They just kept at work, and now we’re really calling on them to be heroes a second time – to survive such a terrible, terrible tragedy,” County Supervisor Cindy Chavez said.

Santa Clara Valley Medical Center received two patients, spokesperson Joy Alexiou told USA TODAY. One was dead upon arrival, and the other was in critical condition, she said.

Loved ones gathered at a family reunification center at the nearby county administration building, where counselors provided support, Liccardo said. Michael Hawkins of San Jose came to find his wife, Rochelle, a mechanic with the VTA, after getting a phone message from her.

“I’m just here for my wife. I’m hoping she’s OK and whoever else is in there is OK,” Hawkins said. “She dropped her phone from running. She’s all right. She was using a co-worker‘s phone.”

Angel Diaz of San Jose came to check on his brother, Max Dominguez, after he and his sister received a call telling them to go to the family reunification center.

“I’m a little bit worried,” Diaz said in Spanish. He said there could be many reasons why he had yet to hear from his brother. “He drives a bus, so they don’t let them use the phone.”

Raul Peralez, a San Jose City Council member who spoke at the news briefing, said he heard the news when he woke up Wednesday morning and feared the worst. He said he was waiting to hear the status of a friend he’s known since middle school and was in contact with the man’s wife.

“Not even knowing that info is devastating, and I can understand how so many families are feeling right now,” Peralez said. “When an incident like this happens and when it happens here close to home, that affects us so much more deeply because of the individuals that we know, we love, we work with.”

Gilroy native Koedy Bryant was in the Santa Clara area Wednesday morning, observing the scene with fellow construction workers who had planned on installing cameras on a VTA light rail project. They had yet to hear word on whether their work would be delayed.

“Definitely hearing about the shooting this morning was a big shock,” Bryant said. “I’m from Gilroy, so I dealt with this for the Gilroy Garlic shooting. It’s kind of shocking to see around here honestly.”

Police first got word of the shooting when several 911 calls came in around 6:30 a.m. local time, Davis said.Dozens of police and sheriff’s office vehicles swarmed the area around the VTA site that stores trains and serves as a maintenance yard. The Santa Clara County Sheriff’s Office is nearby.

Davis said the train yard has an indoor and outdoor section, and he was uncertain whether the carnage took place inside or outside.

Police Chief Anthony Mata expressed condolences to victims, families and the community, adding “thank you to all the brave and courageous first responders.”

Gov. Gavin Newsom tweeted, “We are in close contact with local law enforcement and monitoring this situation closely.”

In San Jose, violent crimes are up nearly 17% this year compared with the same time last year, according to police data. Homicides are up 75%.

There have been 15 mass killings in 2021, each with at least four victims killed, according to an Associated Press/USA TODAY/Northeastern University database. All cases were shootings and claimed a total 86 lives.

Three happened in Indianapolis, two in California, and two in Colorado, according to the database. Six have been in public locations, not involving ongoing criminal activity such as robbery or illegal drug trade.