Blockbuster video game releases announced at Summer Game Fest and the upcoming Electronic Entertainment Expo may get much of the hype and the attention. But smaller, independently produced games are gaming’s lifeblood.

Here’s a look at several games featured during the Day of the Devs, part of the game fest. (You can see them all on The Game Awards YouTube channel, starting after the two-hour, 16-minute mark).

Many games in the works deliver a new twist on classic game genres. For instance, when you think of animals that can take on heroic roles in games, you may think of Donkey Kong, Crash Bandicoot or Star Fox. But a crow?

In the video game “Death’s Door,” due this summer for Xbox and PCs, you are a swashbuckling crow who must reap the souls of the dead.

“It’s a fantasy action adventure set in a strange world where nothing naturally dies anymore and this group of lazy office worker crows are in charge of maintaining some sense of order,” said David Fenn, composer, producer and designer for Manchester, U.K. developer Acid Nerve.

‘Phantom Abyss’ is a ghostly mashup

What happens when you mash up “Tomb Raider” and “Temple Run” with a dash of Indiana Jones? You get “Phantom Abyss.”

You are a solo temple runner in an asynchronous multiplayer game, in which many play at the same time but are having their own experience. Your goal is to make your way through the temple to capture its relic and escape. “However you only get one shot and if you die you never get to try that temple again,” said Ben Marrinan, lead designer for developer Team Wiby.

You use a whip to help you ascend and swing through the temple. Amid your run, you see phantoms representing other players who attempted but failed. As you get closer to the relic, a temple’s powerful guardian will try to thwart you. And when someone claims it, the PC game, coming in July to Steam, seals off that temple, “meaning only one person in the world will ever beat a specific temple,” Marrinan said. Could there be NFTs in the game’s future?

‘Twelve Minutes’:A video game mystery in miniature that repeats until you find the solution

The Seventies and the music of Led Zeppelin, Pink Floyd and Jimi Hendrix inspired “A Musical Story,” which uses innovative rhythm-based mechanics to help Gabriel, a young musician, unlock memories including a historic music festival, love and a struggle with addiction.

Coming in October to Nintendo Switch, PlayStation, Xbox, PC and iOS. (There’s a demo available for PC on Steam.) “The entire story is told without using a single word,” said Charles Bardin of French developer Glee-Cheese Studio. “Everything is based on your ability to listen to the music and understand it.”

Anime is an influence on “Unbeatable,” another game with a music focus. Simple two-button moves to the music help you advance in a world where you fight monsters while playing illegal underground concerts. In development for PC, Mac and Linux; a PC demo version of the game is available on Steam.

Games to chill to

All that time you spent cooking at home during the pandemic can be used in “Soup Pot,” described as “chaotic and chill cooking simulator,” by Gwen Foster of the game studio and collective Chikon Club, based in the Philippines. The game, due in August for Xbox and Steam, has 100 different Korean, Japanese and Filipino soup, grilled and skewer recipes you can prepare in the game – and learn to make in the real world. “Cooking has always been part of many games, but has rarely been the central mechanic,” Foster said.

A charming black-and-white art style and calm music serve as the backdrop for “Toem,” in which, as an amateur photographer, you embark on an adventure to solve the mystery of a magical phenomenon known as Toem. You perform photographic challenges to make money to pay for bus rides that get you closer to your goal. Swedish game developers Something We Made took inspiration from their home city of Karlshamn “to hopefully make you feel at peace and content while playing,” said CEO and co-founder Niklas Mikkelsen. The PC game is due later this year.

Fans of “Animal Crossing” might want to consider “Garden Story,” coming to Nintendo Switch and Steam this summer. As Concord, the grape-shaped guardian of an island, you must fight the Rot , which has been cropping up. You attempt to repair the island and help it flourish. A serene pastel color scheme, inviting art style and mellow music makes “sure you are comfortable in the game and right at home despite all the new challenges,” said Will Lewis, co-founder of Rose City Games, which is publishing the game developed by picogram.

Stop, check out this stop-motion game

Lovers of stop-motion animation will want to follow the progress of early in-development game “Vokabulantis,’ the story of two kids who have fallen in love, but cannot speak because the world of language is deteriorating, according to a description on the game’s website.

Animator Johan Oettinger said he had wanted to make a stop-motion game since playing “The Neverhood,” a PC game released in 1996. But in this platform game, where you can play cooperatively, “you can control the characters and they can run and jump and grab onto things,” he said. “We we want it to look like a stop-motion film but still we can make all the levels fun to play and interesting to play.” 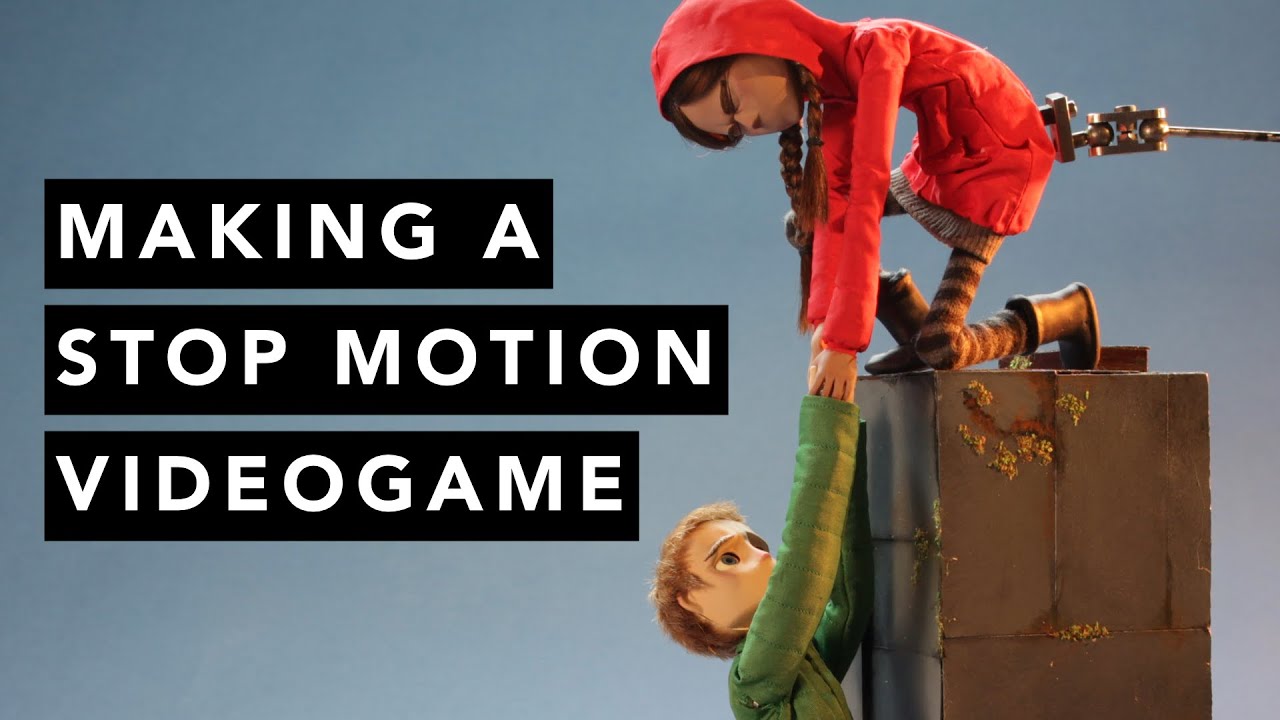